I used to have this history page on my website but thats so full of ‘stuff’ now that I had to move it. It’s back here with a few updates!

Stained glass is unique in the world of art in that it is the only medium to fully exploit the relationship between glass and light. Light is an intangible phenomenon and since the dawn of time has been associated with philosophies and religions. It symbolizes life, goodness, revelation and beauty.

The desire of the early architects to bring this light to life and to educate a mostly illiterate congregation brought about the golden age of Gothic architecture and stained glass.
The Medieval Christian Church used coloured glass deliberately, aware that colour and light are both spiritual and sensual.
We still look in amazement at the beauty of a rainbow and marvel at the pureness of its colours. The rainbow, according to the book of Genesis, was Gods covenant with man after the Flood.
At the end of the Dark Ages there was a boom in church building and these churches and cathedrals were filled with colour and light. Difficult to imagine what the people thought of this as they gazed at these pictures and stories brought to them in this way. They would have never seen any thing so beautiful or spiritual.
It is hard to trace the exact origins of stained glass. It does have some similarities in materials and techniques used by the goldsmith for cloisonné enamelling. http://en.wikipedia.org/wiki/Cloisonne
Its not beyond imagination to think that the first stained glass artists saw the goldsmith running his band of gold around glass or filling it with enamel and decided to try it with glass. Using a cheaper alternative, lead, and with the advent of the invention of lead milling and casting, it was then possible to hold the glass together in large portable panels.
These artists then discovered that iron filings ground together with flux and powdered glass could be painted onto the surface of the glass pieces. When fired in a kiln to melting point and cooled they were able to produce glass pieces with detail on such as faces, hands and drapery.
The earliest surviving examples of painted stained glass are the head of Christ from the abbey church at Wissembourg in Alsace from around 1060AD 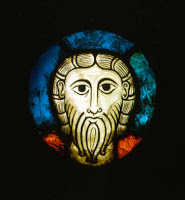 and the famous five prophet windows in Augsburg Cathedral Middle of 12th Century.

These windows show us that there are already styles and techniques being used that one would expect from a practised artist.

This is a detail from a 16th century window in St Marys Church, Fairford and depicts a two headed Satan illuminated by the glow of hell. Love these windows!
There was a revival of stained glass in the nineteenth century. With the advent of the Gothic Revival the artists and architects of the time designed using forms and patterns that had been used in the middle ages. They combined serious study with romantic visions of romance and chivalry. Two major artist of this time were William Morris and Edward Burne-Jones.
Edward Burne Jones was the most influential stained glass designer of the late 19th Century.
The link below will take you to a brief history and some pictures of his work.
http://www.visitcumbria.com/edward-burne-jones.htm

The techniques and materials I use differ very little from those used by the earliest stained glass artists and craftsmen. There is a larger colour range of glass available, the tools have been improved with time and designs and styles change year after year but the basics are still those of an ancient tradition. That being the case I feel honoured to be following in their footsteps. We stained glass artists of today are taking stained glass to a new dimension. Adding fused and textured detail and also by encapsualting the panels into sealed units to save energy. As with any craft it is evolving year on year and we embrace change with great enthusiasm, as it will bring yet another way of working or another style to our work. And like all artists it is this that keeeps us awake at night designing! 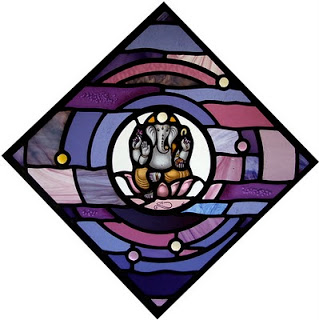 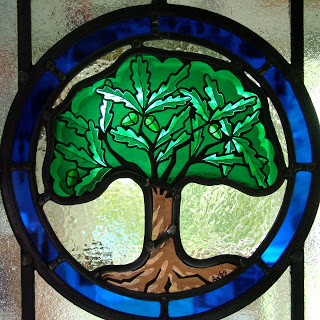 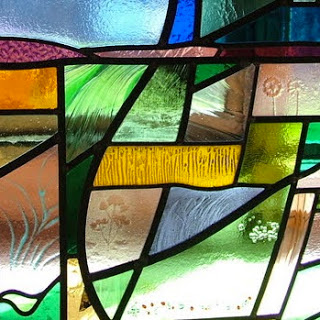