Now heres the question…. I am often asked glassy questions, most of which I can have a stab at and reply with a good informed answer. However occasionally I am asked a question, the question, the one I have been asked on many occasions over the last 20 years. “Why is some glass thicker at the bottom? Is it because it flows downwards over the years”?
Well my first instinct has always been to stifle the giggle and then sagely inform, ‘Well no as a matter of fact I believe its the way the glass is originally made”.
I was asked this very question yet again and felt that now was the time to do a bit more than give an educated guess. Imagine my delight when I found this article. Answering all my queries! Thank you Henry Halem! 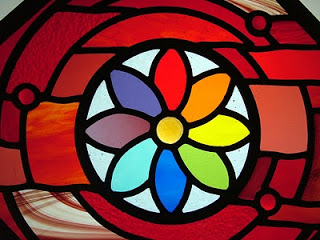 Just checking to see if it works!

Saturday and like all good hard working citizens I should be snoring or reading the paper but here I am struggling with a computer and putting off the moment when I put pen to paper and work out my 6 quotes I have outstanding! The joys of running a business from home are many and varied 😉